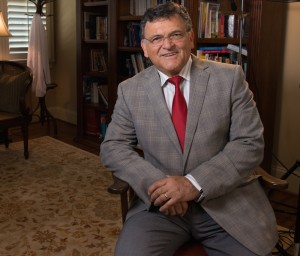 Trained in psychiatry at the Institute of Living, a Yale Affiliate Hospital; in Neurology at University of Southern California (USC); and in Neurological and Orthopedic Rehabilitation at the prestigious Rancho Los Amigos Hospital; Dr. Vincent Fortanasce is a Clinical Professor of Neurology at USC, a renowned bio-ethicist, author, and radio show host with twenty years experience dealing with medical issues on a national and international level. His rehabilitation center was ranked in the top 10 on the West Coast in 2003, and Dr. Fortanasce was selected as in the top 100 physicians in Los Angeles County and Best Physicians in the USA. Over the past decade, he has treated such notables as the Dali Lama and Pope John Paul II, Tommy Lasorda and Sylvester Stallone.

Dr. Fortanasce’s career is multifaceted having been a noted athlete and inducted into the Little League Hall of Fame with other notables such as President George W. Bush, Vice President Dan Quayle, and actors Kevin Costner and Tom Selleck. As an Olympic athlete, Dr. Fortanasce was a gold medal winner in the 1961 Junior Olympics. Also, he was a black belt international champion in karate, a member of the varsity wrestling and baseball team at Seton Hall, a tennis singles champion at Yale Medical, and a tennis doubles champion at USC Medical.

Dr. Fortanasce has appeared on 60 Minutes, the Diane Sawyer Show with Mel Gibson, CNNs Paula Zahn NOW, the Charles Grodin Show (debating Jack Kevorkian), Hard Ball with Chris Matthews, the Dr. Phil Show, Dateline, the Today Show, and ABC national news, as well as numerous cable and local programs. Frequently sought out as a medical expert, Dr. Fortanasce is a regular spokesperson for the California Medical Association at the Senate and Legislature assemblies. He’s been quoted in an assortment of publications including The New Yorker, Time Magazine, the New York Times, the Los Angeles Times, Washington Review, USA Today, U. S. News and World Report, Sports Illustrated, and other well-respected newspapers and magazines. Dr. Fortanasce’s worldwide syndicated radio program, St. Joseph’s Radio Presents, Mother Angelica Network EWTN, has an audience of more than 170,000 and is heard throughout most of the United States, Canada, Australia, Africa, and Europe. 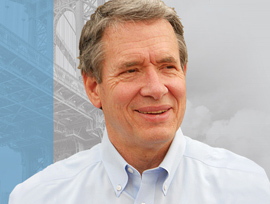 Received his Ph.D. from the University of Utah in Counseling Psychology. In 1984 he organized The Brief Therapy Center, and made it an internationally known center for research and training in solution-focused treatment. Lynn has been a popular trainer of therapists in positive psychology and rapid treatment and coaching techniques in hundreds of sessions all over the US, from Fairbanks, Alaska to Key West, Florida. He has also consulted on programs and organizations in Japan, England, Germany, and Spain. Lynn helped mental health centers to become more outcome-oriented and client-focused. He was instrumental in creating solution-focused counseling techniques that have influenced thousands of therapists in the U.S.A. and overseas. He pioneered the use of measurement tools in executive coaching to assure positive outcomes.

He is an adjunct professor at the University of Utah, and has taught class in management at BYU. As a national leader in the field of Positive Psychology, Lynn has written four books and over thirty articles, related to positive psychology, enjoying life, and the evidence based attributes of a brain healthy lifestyle. Lynn has also been a mental training coach to three US ski teams and a number of world class athletes. 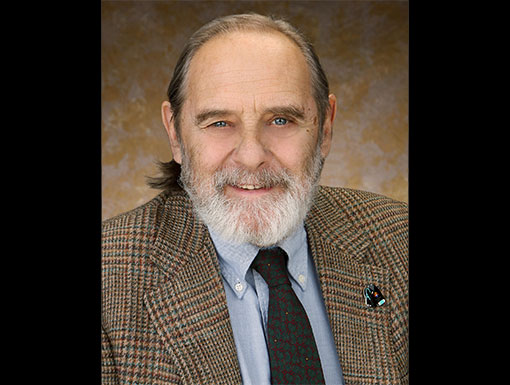 Dr. Robert S. Powel is an internal medicine specialist at the Salt Lake Senior Clinic at Jordan Commons. Dr. Powel received his undergraduate and medical degree from Brown University in Providence, Rhode Island. After completing medical school, Dr. Powel completed an Internal Medicine internship and residency at Miriam Hospital affiliated with Brown University. He then completed a Geriatrics fellowship at Brown Univerisity. He has more than 20 years of experience and has been practicing medicine in Salt Lake City since 1990.

Dr. Powel enjoys spending time with family. He also enjoys outdoor activities such as skiing and hiking. He is currently accepting new patients and accepts most insurance plans. 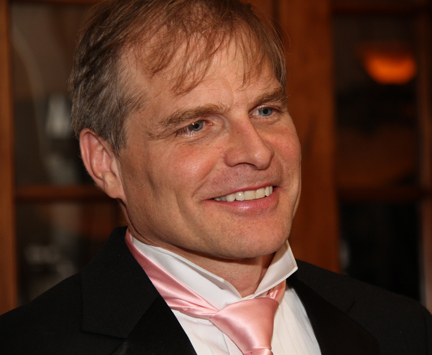 Bryan Turner, D.V.M., M.D., D.P.Sc. has been in the medical fields since 1979 and licensed since 1988. He is an entrepreneur and medical doctor. His private medical practice began in 1999. Dr. Turner believes in the power of cutting edge technology to assist patients in identifying and modulating their risks for degenerative diseases such as arteriosclerosis and memory loss. He has been involved with hospice care for over a decade. Dr. Turner also serves as a USCIS civil surgeon and a FAA HIMS certified aviation medical examiner. 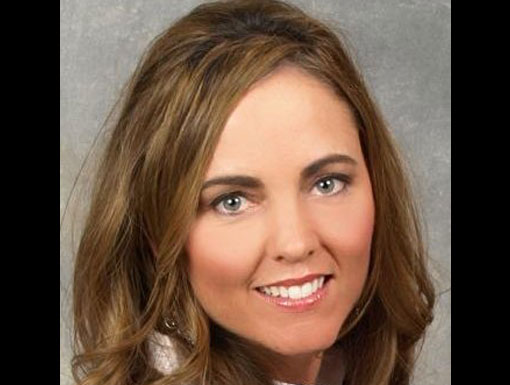 Mrs. Olson has extensive and sought-after experience and knowledge in understanding clinical significance of biochemical pathways linking neurology, endocrinology and immunology, in health and disease states. She boasts outstanding presentation and communication skills with ability to relay complex scientific information in easily understood terms. She has Six years of executive management in clinical and scientific R&D. She also has Extensive laboratory research paired with broad experience writing peer-reviewed articles and industry white papers. Kelly has Proven success establishing and maintaining strong relationships among KOLs, government agencies, and medical partners. She Thrives in dynamic team environments while effortlessly able to work autonomously as required. 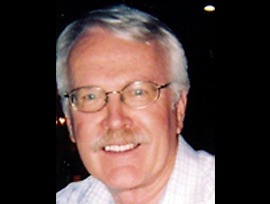 Holds a double Masters in Family & Human Development and Psychology. He is a former Master Trainer for the Alzheimer’s Association and was a lead site investigator for the University of Mass-Lowell in one of the most significant Alzheimer’s research studies ever conducted. (Journal of Alzheimer’s Disease, March 2015.) He is also a popular instructor for healthcare professional CE training nationally on Reducing Risk for Alzheimer’s and Other Age-Related Cognitive Decline, having taught more than 80 classes on this topic in 44 states. He has additionally taught more than 40 classes in England, Germany and Norway for the Department of Defense. Where he received a “Top 3 Instructor” award, for his deep insights, wry humor, and fun classroom style.

Mr. Larsen has authored over 120 newspaper and magazine articles, as well as 5 books on memory, health and nutrition, and was the lead author for Alzheimer’s May Be Stopped Now! Here’s How (2013). He also directed an Organizational Health Center for the largest US Air Force base in the West, and is currently the Director of Advanced Memory Dynamics, an independent research, education and consulting company, as well as the Education Chairman for the American Brain Council. 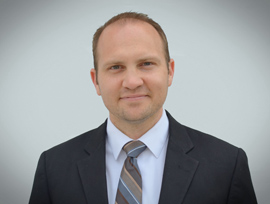 Michael serves on the Executive Board of the American Brain Council. He is certified in Brain Fitness and Dementia Prevention Education and has an extensive history in the hearing health industry. He is a board certified Hearing Instrument Specialist and a doctor of audiology. He has been testing hearing and fitting hearing aids since 1998.

Dr. Cox became very interested in teaching his patients about memory improvement when he learned of the Johns Hopkins study in 2012 linking hearing loss with increased risk for dementia. He later co-founded My Memory Works, an organization dedicated to teaching strategies for memory enhancement. His hearing background and his love for memory improvement and brain health have been a perfect match to be a Dementia Prevention Instructor and consultant for hearing professionals. 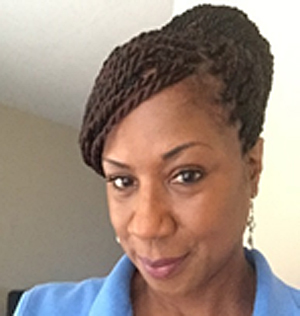 Ms. Brewster has worked in the field of speech language pathology for over 25 years. She has a M.S. in Speech Language Pathology from Southern Illinois University. She has a background in adult neurological disorders specializing in: cognitive language disorders and the use of augmentative communication devices with stroke residents. Her work as a traveling speech language pathologist [SLP] has allowed her to work in a variety of settings: acute, outpatient, day rehabilitation, acute rehabilitation, skilled nursing, and home health.

She served as an adjunct faculty and as a clinical supervisor. Ms. Brewster served the Huntsville ,Al. community in providing speech services to the Mentees of the 100 Black Men of America – Huntsville Chapter. She participated in local health fairs and lectures to educate the public regarding speech and language disorders through the Alpha Kappa Alpha, Rho Chi Omega Chapter of which she was a member. She continues to conduct yearly lectures on stroke education, and approaches to treating aphasia. She is currently employed as a traveling speech language pathologist, and Brain Fitness Specialist. 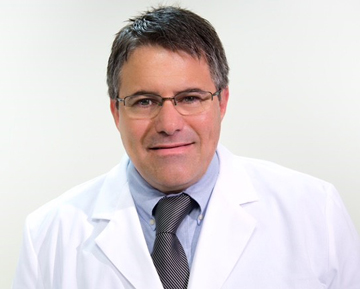 Al is the Audiology Director of The Villages Health System, a Board Certified Doctor of Audiology and is certified in Brain Fitness and Dementia Prevention Education. Al is a former private practice audiologist and multi clinic director with an extensive history in the hearing health industry. Al consults practicing audiologists as well as private practice owners on best practices. Additionally, Al trains individuals to become Hearing Aid Specialists in the State of Florida. He has been testing hearing and fitting hearing aids since 2001.

Dr. Turri became very interested in educating his patients about dementia risk reduction when he learned of the Johns Hopkins study in 2012 linking hearing loss with increased risk for dementia. It was then that Dr. Turri realized that although helping patients communicate better is rewarding that he was actually doing a much greater good by helping them reduce their risk for dementia. Dementia risk education is his new passion and he dedicates a significant amount of his professional time speaking on the subject and sharing strategies with any group that asks.
When he’s not assisting patients, teaching professionals or speaking to groups Al spends time with his wife and three daughters enjoying the great outdoors of central Florida.